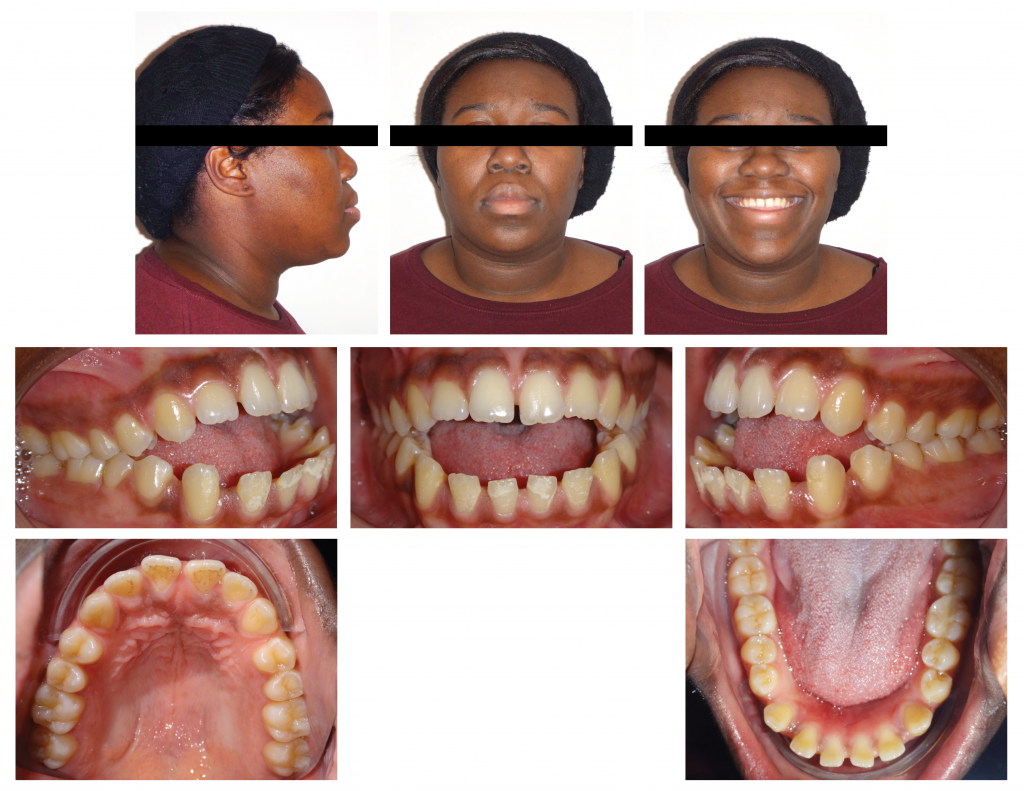 Figure 2: Pre-treatment digital casts evaluation. Pre-treatment digital casts showed a Class I molar and Class III canine relation. The maxillary dental arch width was constricted with an inter-canine and inter-molar width of 35.3 mm, 47 mm, respectively. The mandibular dental arch width was broad with the inter-canine and inter-molar width of 37 mm, 42.4 mm, respectively. The maxillary dental arch showed a severe Curve of Spee and the mandibular arch showed a reverse Curve of Spee with two distinct occlusal planes. Spacing was observed in both arches (upper = -6 mm; lower = -10 mm) and a maxillary anterior excess Bolton discrepancy of 3.1 mm. The overjet and overbite were -3.7 mm and -10.9 mm, respectively.

Figure 3: Pre-treatment panoramic radiograph. Panoramic radiograph showed a complete dentition except for the absence of both maxillary third molars. The bone level and density were within normal limits and the maxillary sinuses were clear. Asymmetrical short condyles revealed some degree of remodeling and asymmetrical position. 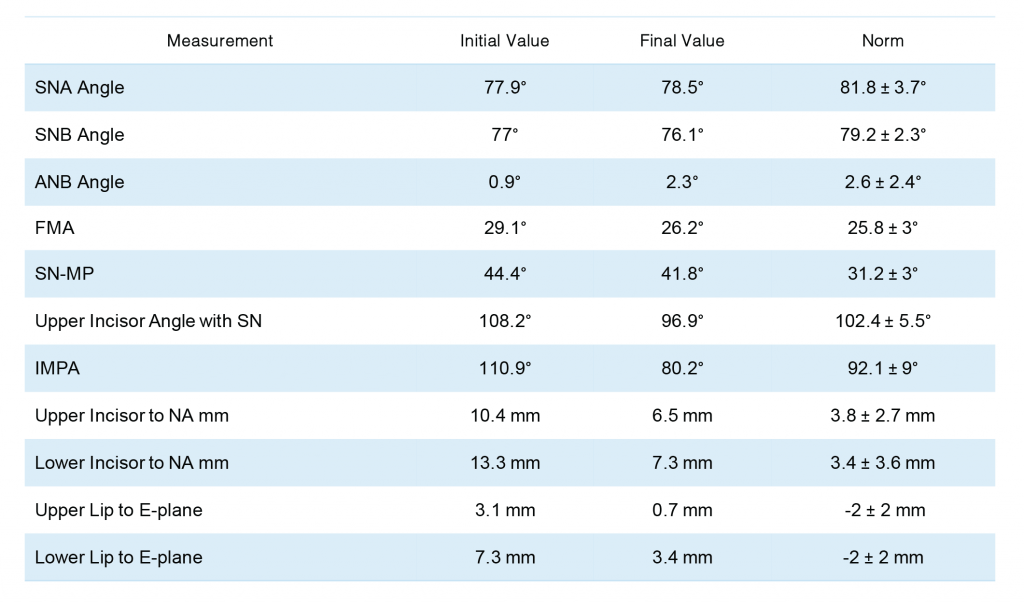 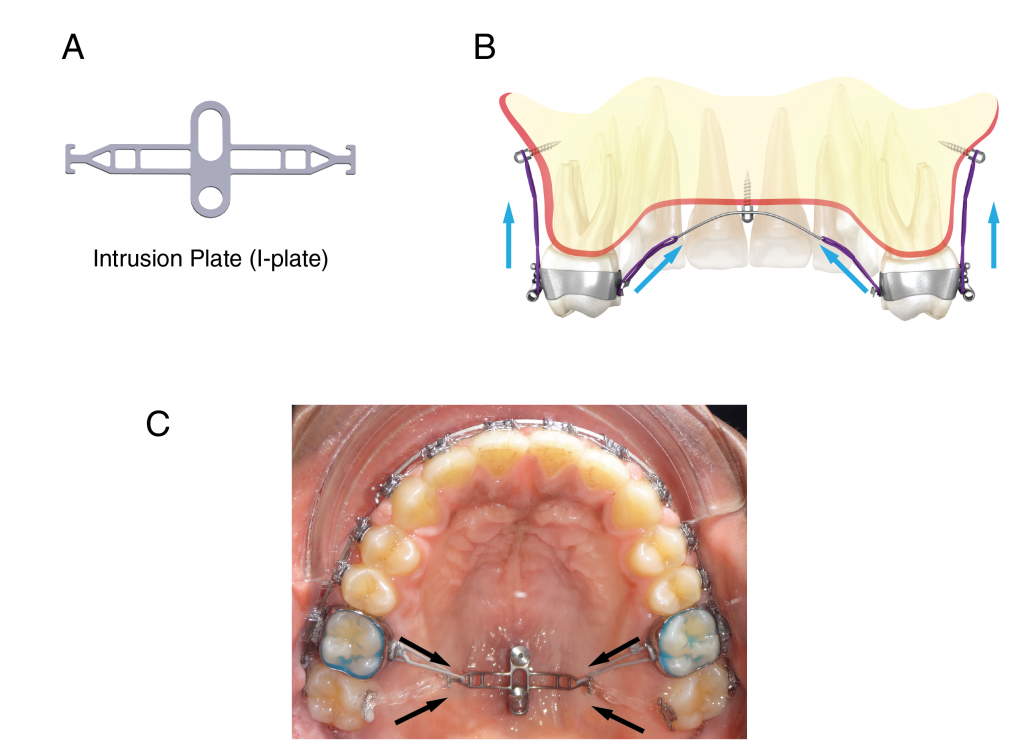 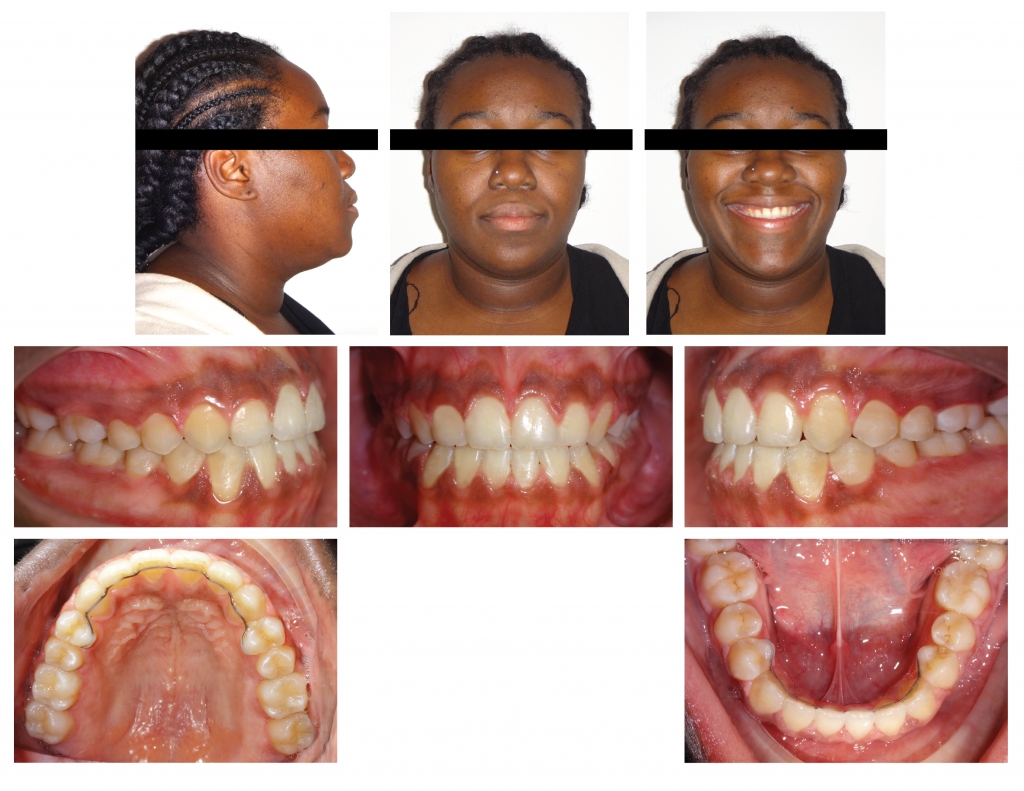 Figure 6: Post-treatment portrait and intra-oral photographs Post-treatment photographs revealed a well-balanced straight facial profile, improved smile esthetics and maxillary and mandibular lip positions. Intra-oral photographs showed maxillary arch expansion, space consolidation in the maxillary and mandibular dental arches, a Class I molar and canine occlusal relationship, correction of the anterior open bite and retroclination of incisors into an ideal overjet and overbite relation. Both maxillary and mandibular dental midlines are aligned with the facial midline. Gingival margins and heights of contour improved around the anterior teeth. The labial frenum attachment remodeled into its normal position without surgical intervention. Lingual fixed retainers are shown extending from first premolar to first premolar in both arches. 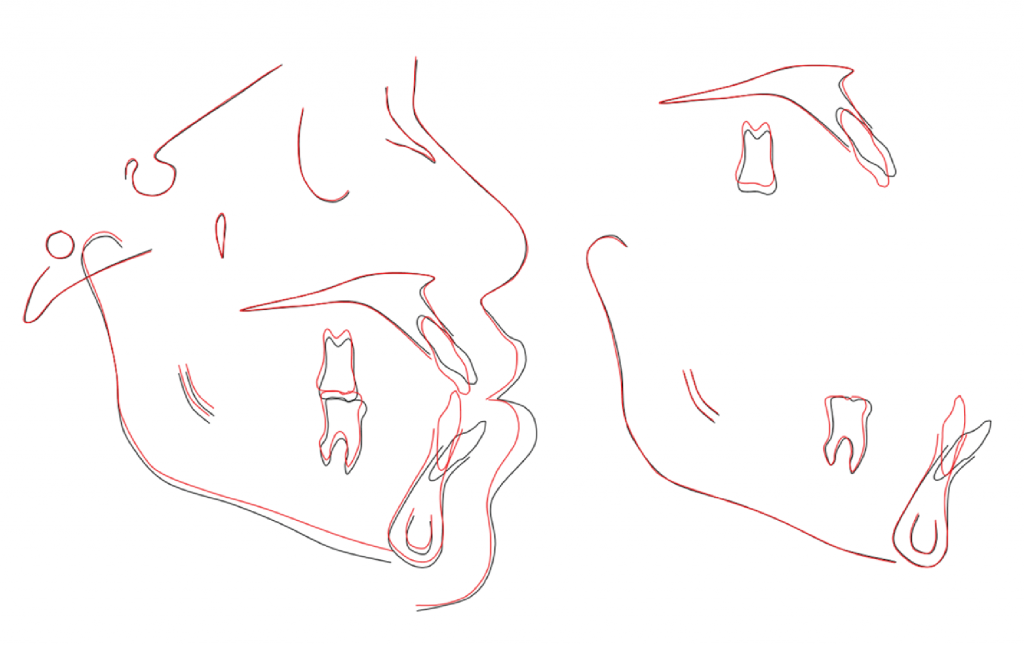 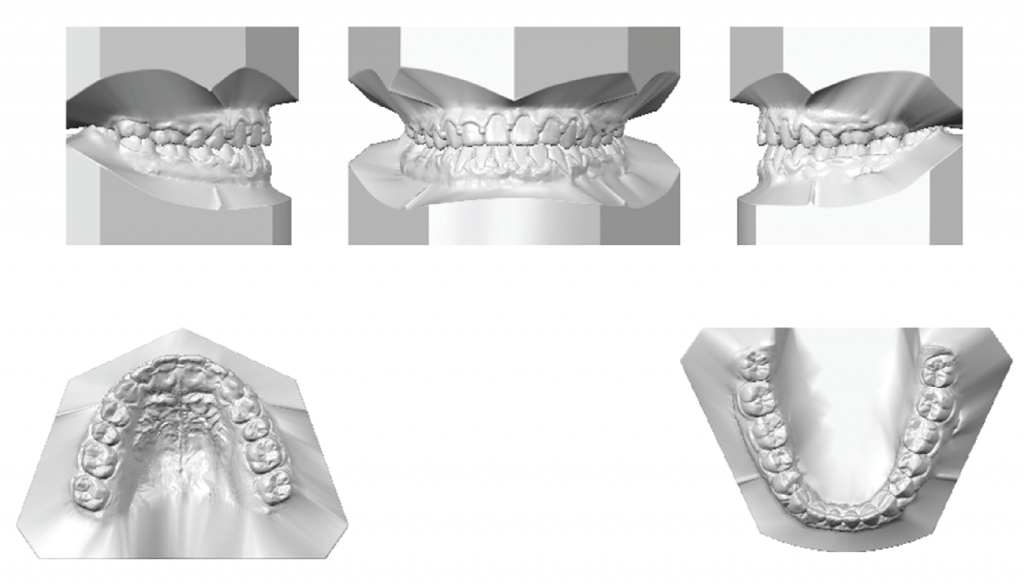