Novel Application of Micro-Osteoperforations During Treatment of Severe Malocclusion 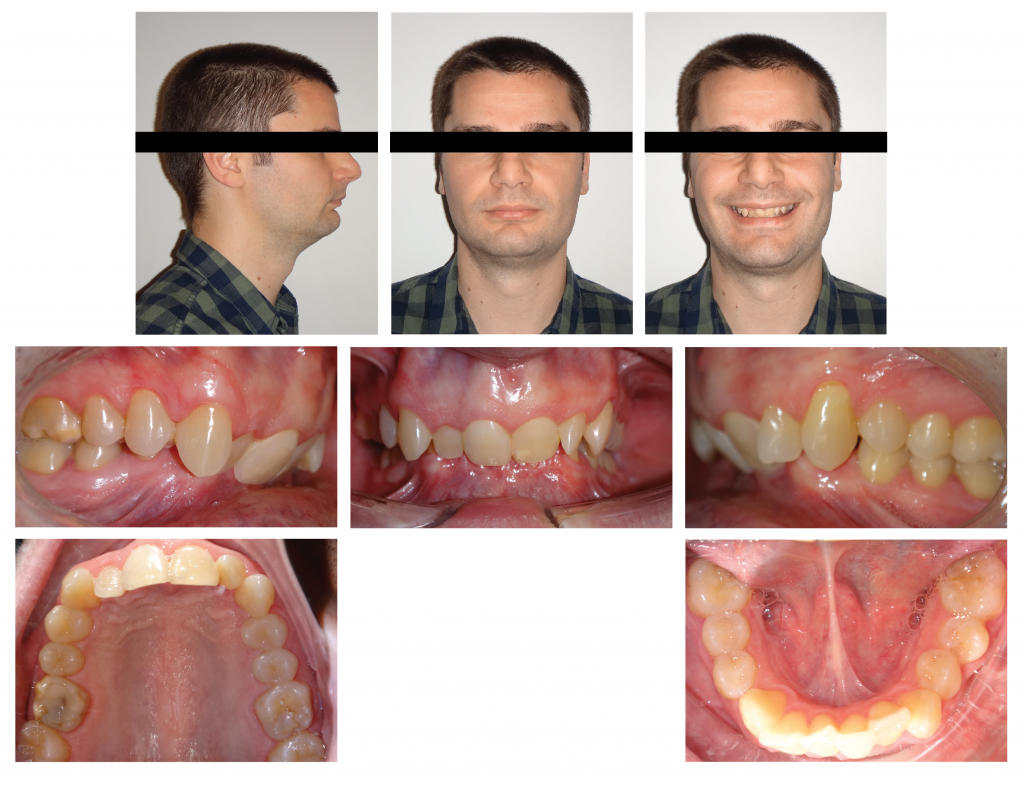 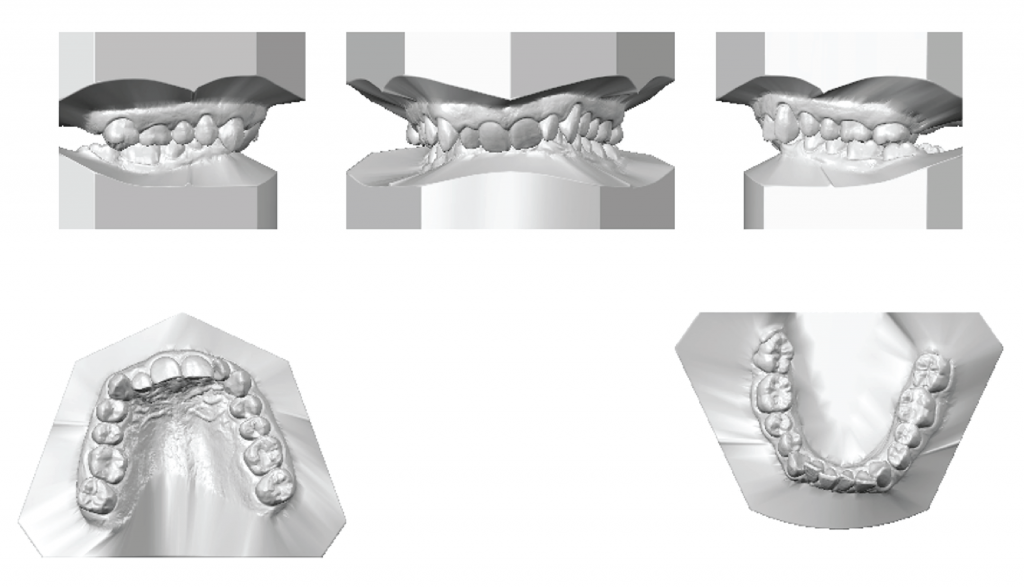 Figure 2: Pre-treatment digital casts. Pre-treatment digital casts show a Class II molar and canine relationship on both sides with a severe deep bite. The maxillary dental arch shows a reverse Curve of Spee and the mandibular dental arch shows an accentuated Curve of Spee. Both maxillary and mandibular dental arch widths were constricted. Severe crowding was found in both dental arches. A Bolton discrepancy due to a maxillary excess was also observed. A buccal crossbite was present on the maxillary right second molar. Measurements indicated a cant of the incisal plane elevated on the left side. 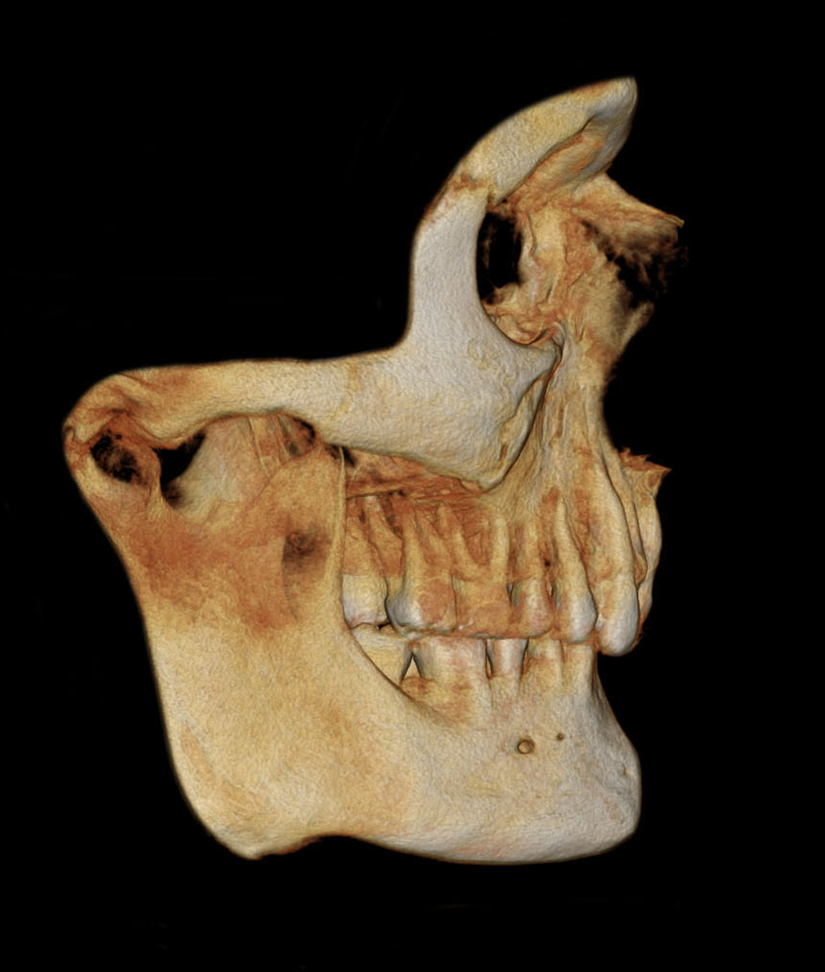 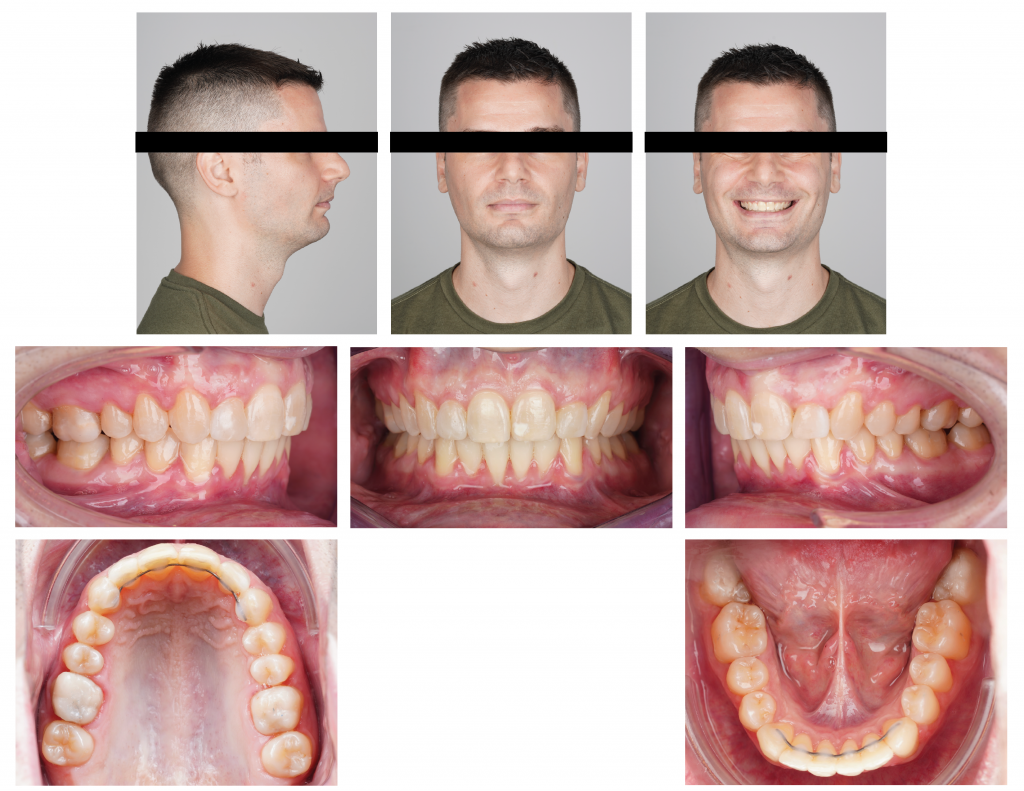 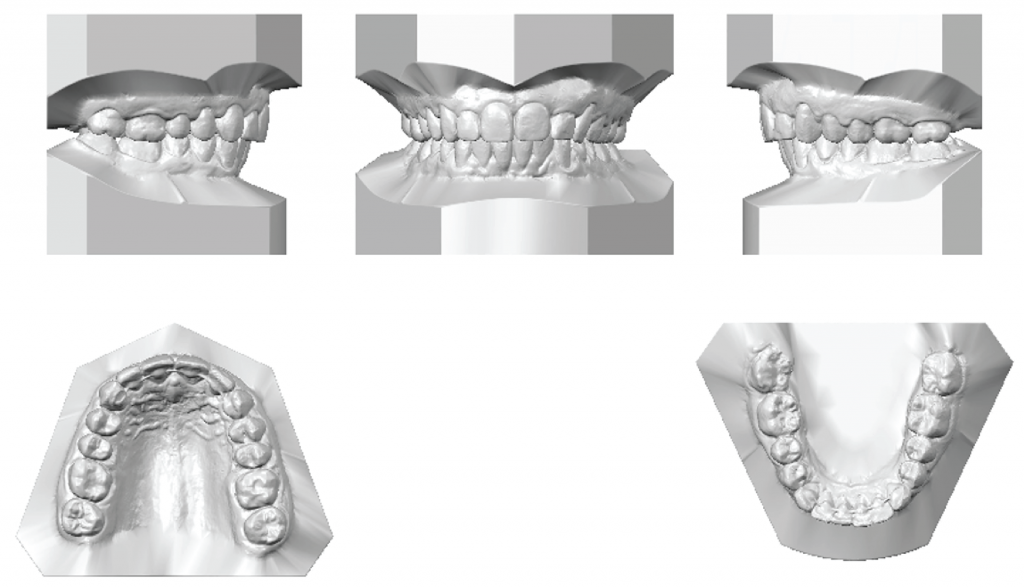 Figure 6: Post-treatment digital casts. Post-treatment digital cast analysis showed Class I molar and canine relation on the left and significant improvement in Class II relation on the right side. Maxillary and mandibular transverse dimensions were increased, dentition was aligned on both arches, coincident dental midlines, and an ideal overjet and overbite were established. 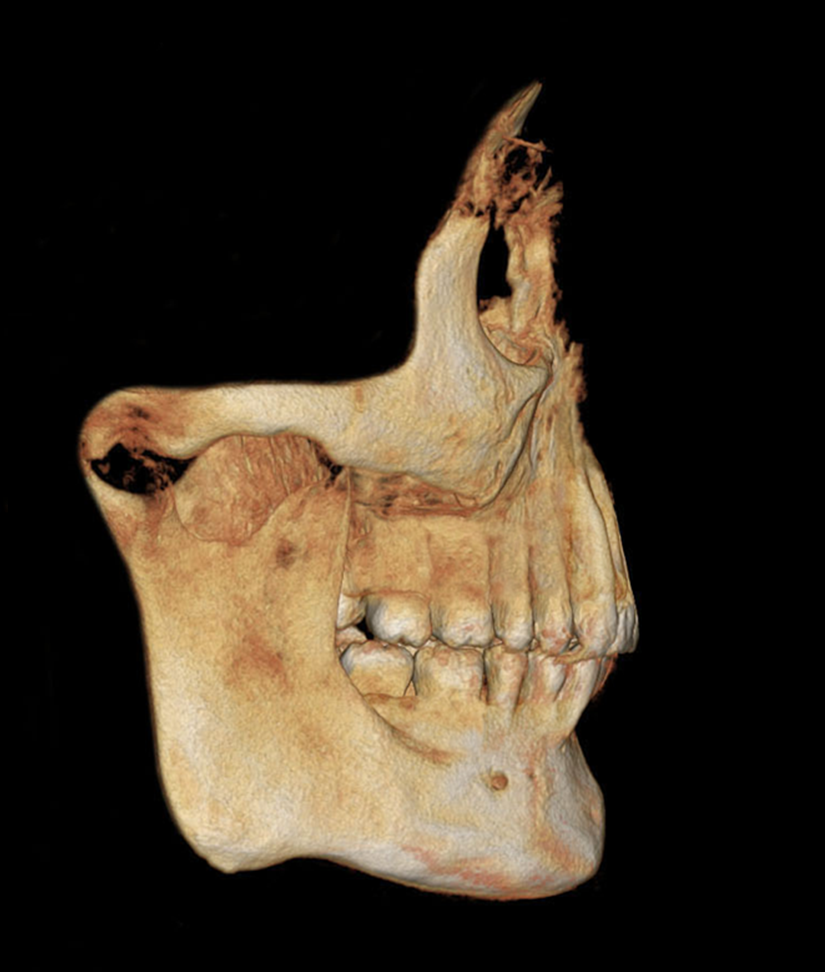 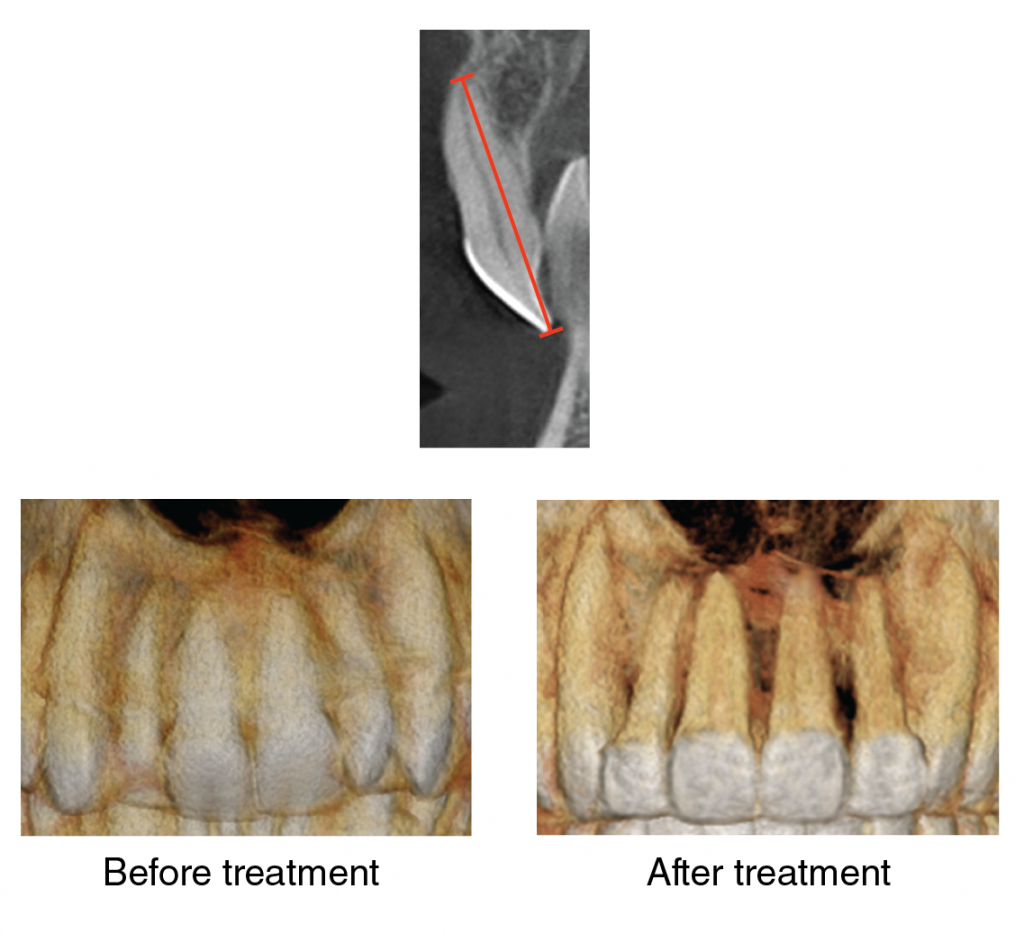 Figure 10. Root length analysis. (A) The height of each tooth was measured along its long axis. The distance between the incisal edge to the apex of the teeth was measured in the sagittal view radiographs. (B) Hard tissue 3D images of maxillary anterior teeth segment before and after treatment, were constructed from CBCT scans. 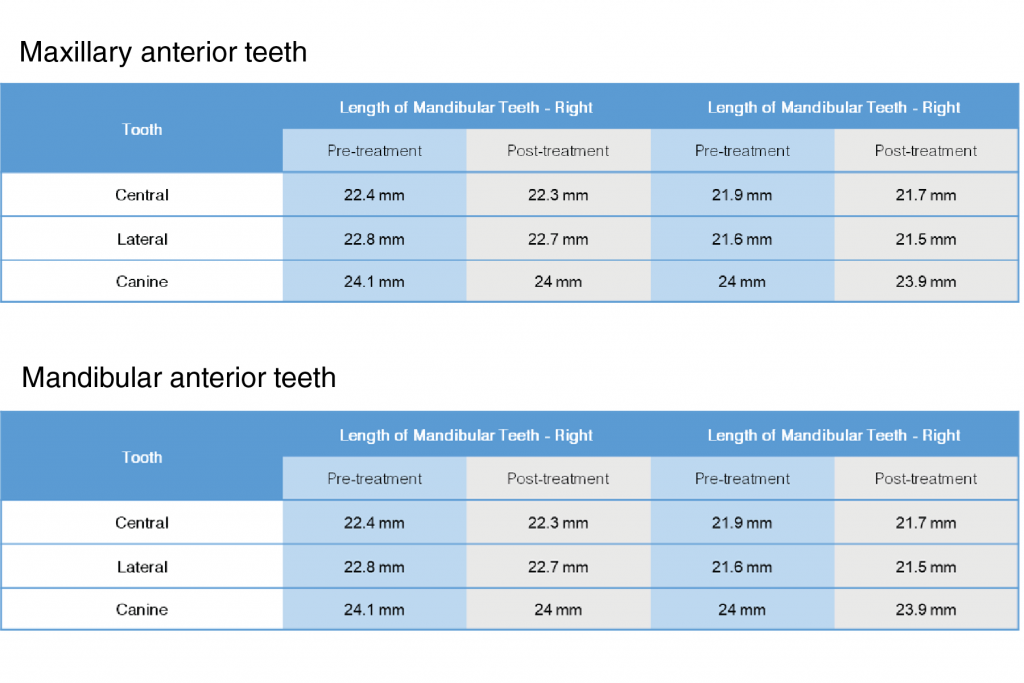